I was delighted to receive this ARC (Advance Readers Copy) of Stephen King & Bev Vincent’s Flight or Fright anthology coming Sept 4 from Cemetery Dance Publications with audiobook release from Simon & Schuester Audio. While I have yet to make it through each story, I wanted to share as much as I am allowed to here without any spoilers along the way. 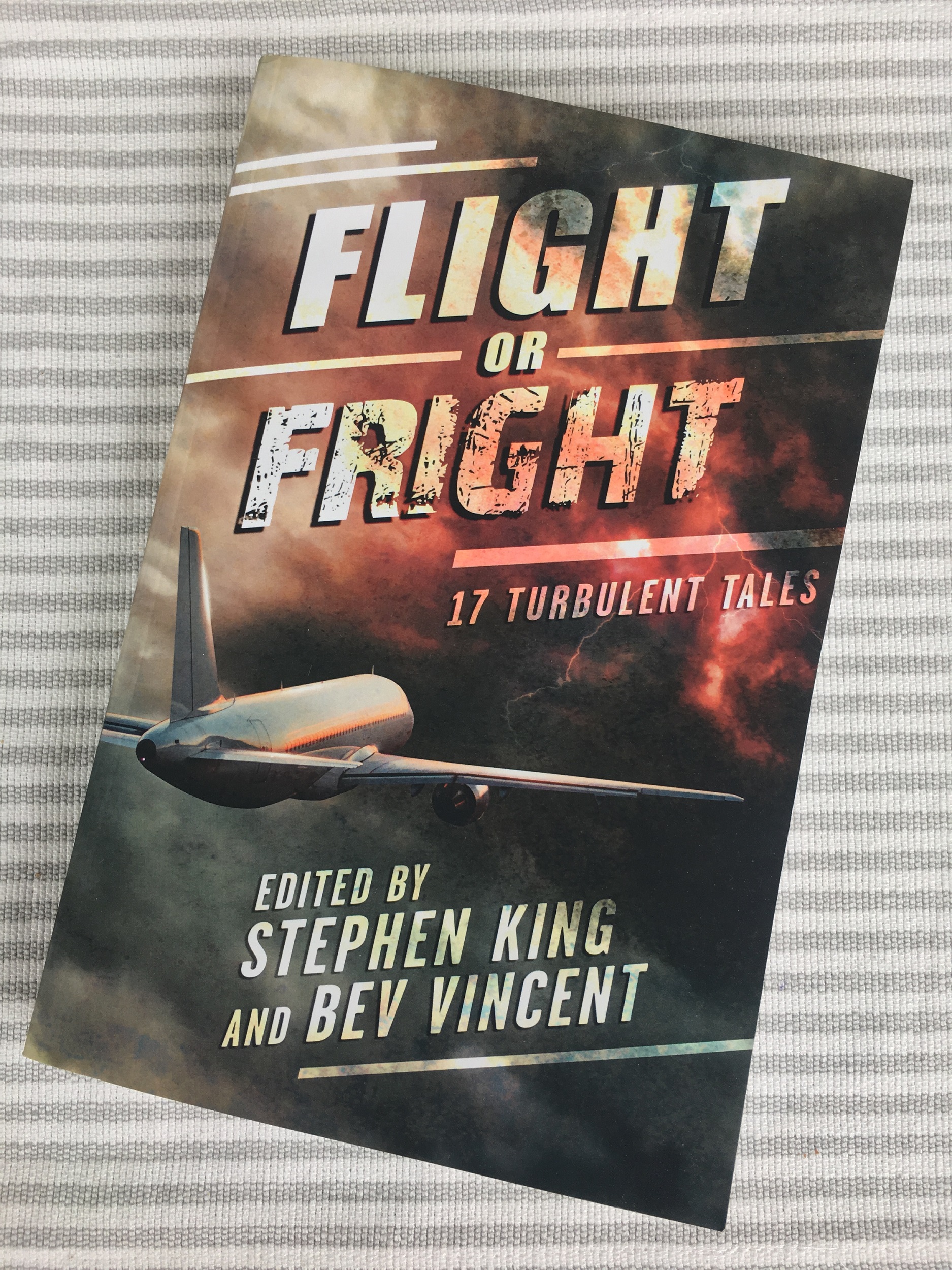 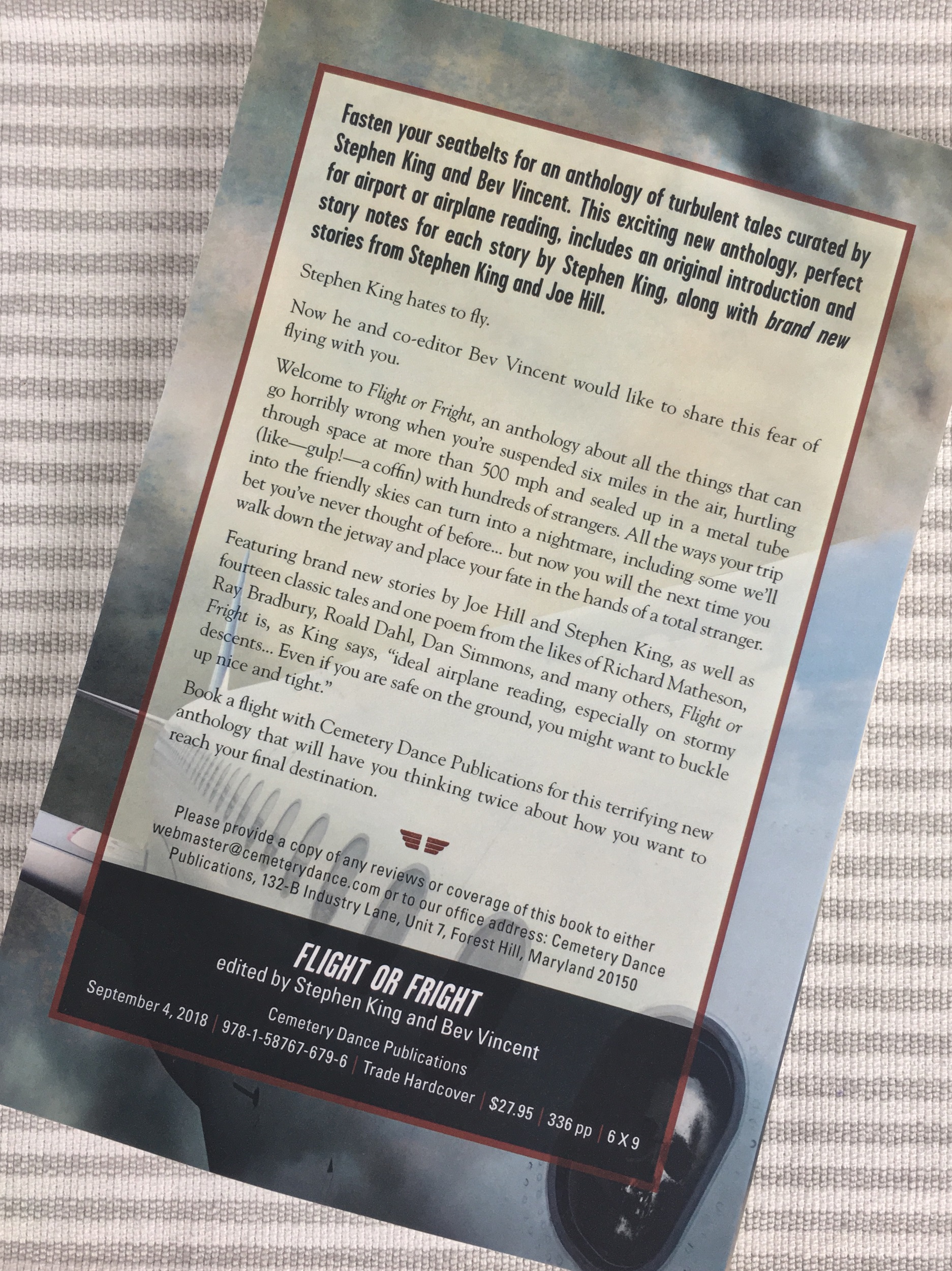 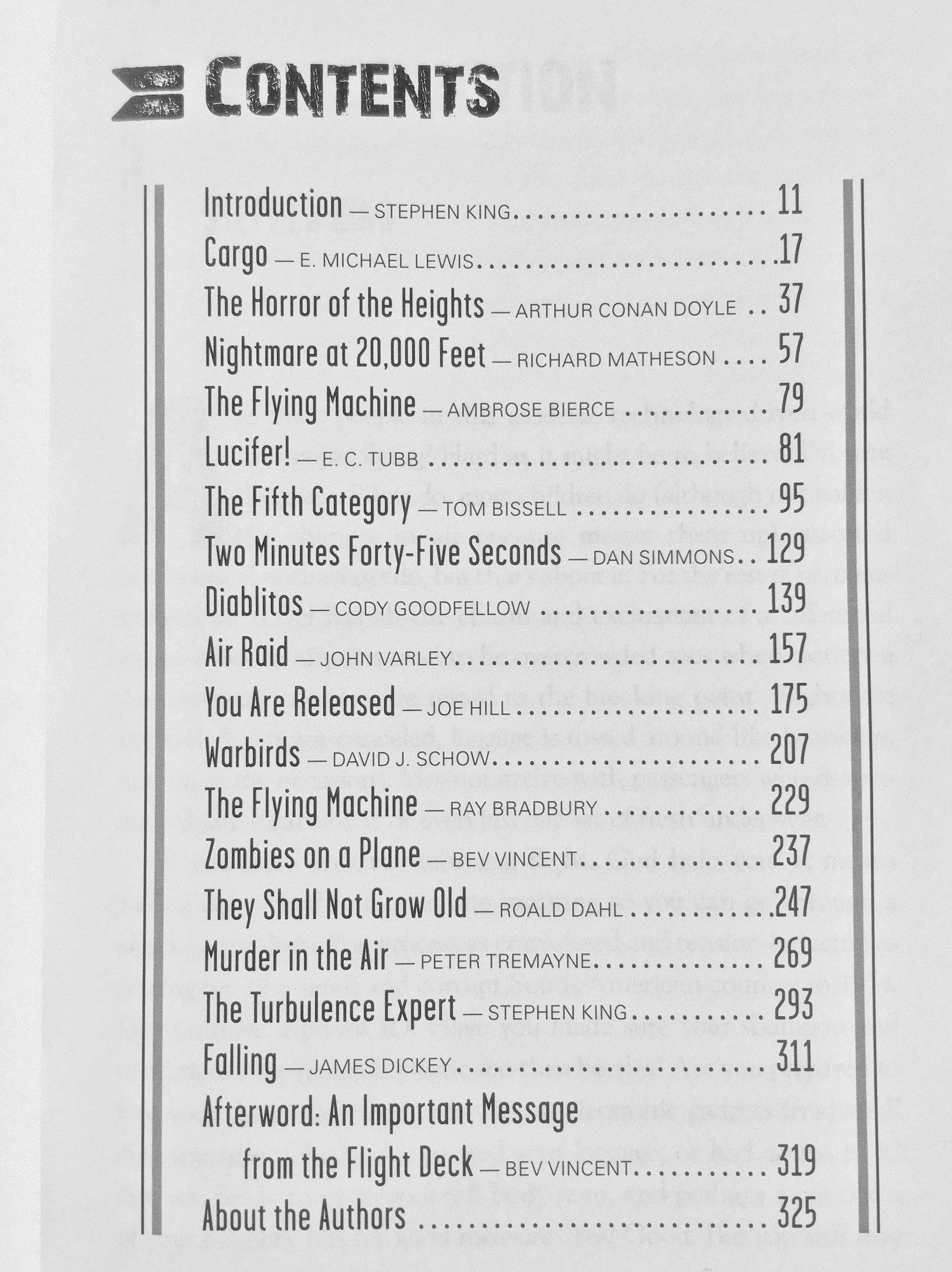 In his introduction, King details a near-death experience he had on a flight in the mid-1980’s that reads as much like a short horror story as any other in the anthology. King has also written mini-intros for each story, including his own “The Turbulence Expert,” which – although brand spanking new – is classic King.

King’s “co-pilot” as editor, Bev Vincent’s own story “Zombies on a Plane” is not to be missed, and Joe Hill’s “You Are Released” is as King says “one of his scariest stories.”

The official synopsis for Flight or Fright is as follows:

Welcome to Flight or Fright, an anthology about all the things that can go horribly wrong when you’re suspended six miles in the air, hurtling through space at more than 500 mph and sealed up in a metal tube (like—gulp!—a coffin) with hundreds of strangers. All the ways your trip into the friendly skies can turn into a nightmare, including some we’ll bet you’ve never thought of before… but now you will the next time you walk down the jetway and place your fate in the hands of a total stranger.

Featuring brand new stories by Joe Hill and Stephen King, as well as fourteen classic tales and one poem from the likes of Richard Matheson, Ray Bradbury, Roald Dahl, Dan Simmons, and many others, Flight or Fright is, as King says, “ideal airplane reading, especially on stormy descents… Even if you are safe on the ground, you might want to buckle up nice and tight.”

Book a flight with Cemetery Dance Publications for this terrifying new anthology that will have you thinking twice about how you want to reach your final destination.

Pre-orders for the first edition hardback and audiobook are now available! To order your copy of Flight or Fright, click here.