Watching It Chapter Two might feel an awful lot like visiting your own hometown. There are plenty of skeletons buried, ghosts that continue to haunt, and lingering memories liable to induce tears or fears around every corner.

It Chapter Two feels more like a continuation of its 2017 predecessor than a sequel. I confess I was not one of the masses who loved It when it took the world by storm two years ago. I didn’t hate It either. As I stated in my 2017 review, the adaptation captures the “childhood is hell” trope of Stephen King’s work perhaps better than any film has done to date.  The real-life tortures — from bullying to sexual abuse — are portrayed so realistically, the movie is more heartbreaking than it is terrifying.

This is the heart of Andy Muschietti’s It. It was also the heart of Stephen King’s novel. And it is this heart that thankfully continues to beat right up through the final moments of It Chapter Two.

What I didn’t love about the It (2017) was its distracting overuse of CGI. With the exception of Bill Skarsgård’s outstanding performance as Pennywise, most other monsters (the lady in the painting, the leper on Neibolt Street) felt almost animated. This rears its ugly head in several scenes throughout It Chapter Two, but less noticeably. The leper, for example, this time around has a wildly dancing tongue that looks more like a practical effect than CGI. But then, Pennywise’s tongue, wagging lustfully at large in the fun house, looks like something straight out of a Bugs Bunny cartoon. So you win some, you lose some.

It Chapter Two feels like the movie Andy Muschietti wanted to make all along. As I watched, I often found myself wondering if the first movie was even necessary, save for creating such a phenomenon, it gave Muschietti the budget and control to do whatever his heart’s desire with Chapter Two. Despite the film’s nearly three hour running time, Muschietti does not abuse that power.

Right from the start, Chapter Two feels like it is making bolder choices. There is a transition done by shooting through a missing piece of a jigsaw puzzle on a glass table that is not only effective, but calls out how lazy filmmakers on the whole have grown at trying new things. The movie opens with the gay-bashing of Adrian Mellon, which is arguably the most brutal scene in either film. Chapter Two also makes some bold changes from the source novel. Some of these changes worked for me. Some of them didn’t. As this is a movie review and not a comparison of the book, I won’t dwell on them here, but for the exception of one. (MAJOR SPOILERS AHEAD!) 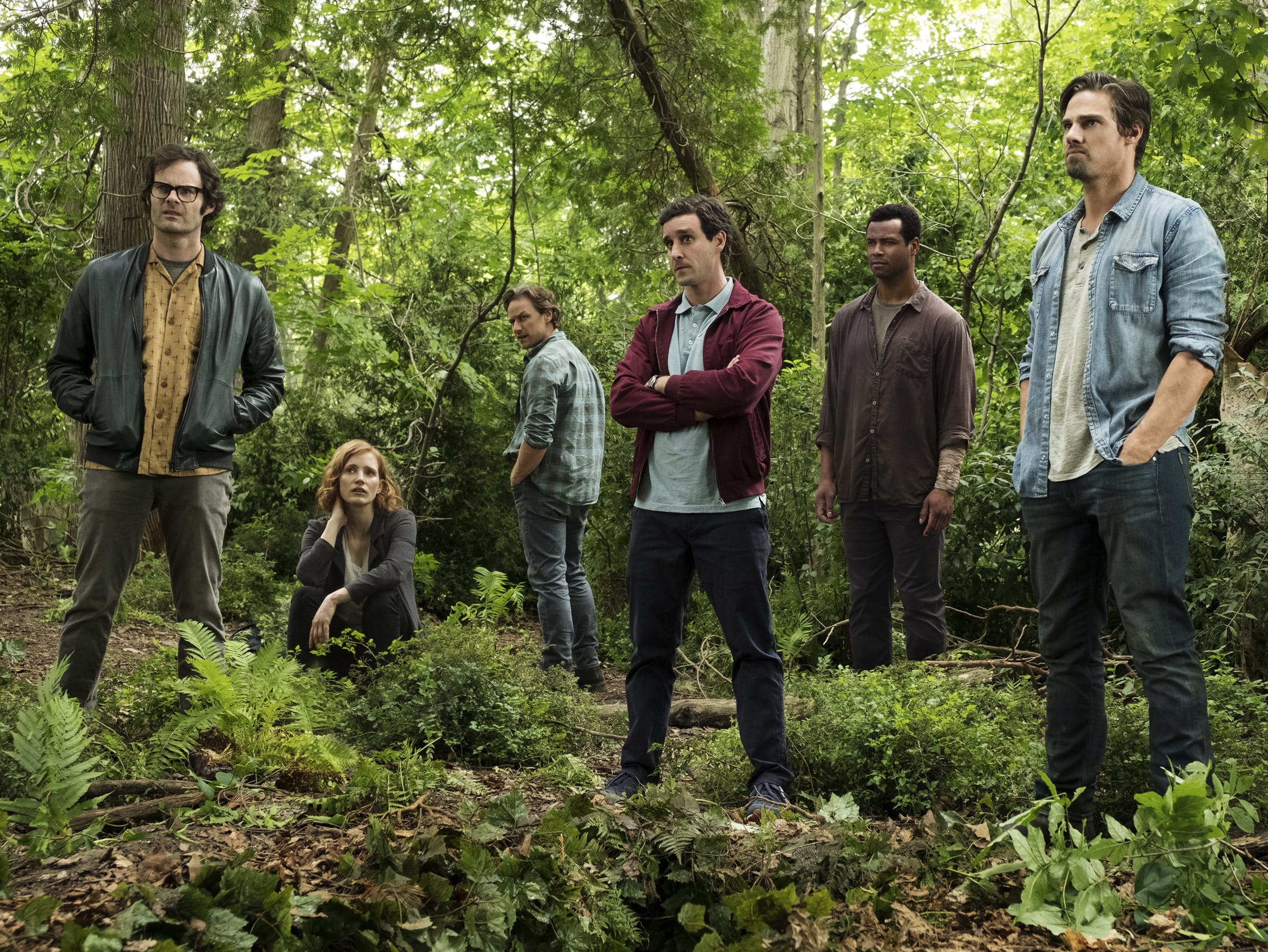 The largest change from Stephen King’s novel is that Beverly Marsh has a sort of “shine” leftover from her time in the Deadlights, where she can now foresee that each of the Losers will die if they leave Derry. This completely alters the motivation for the group staying and fighting against the beast. Instead of their love for each other serving as the driving force to follow through on a childhood promise, these Losers stay in Derry for a more selfish reason: Their own survival. It’s an odd choice for a movie about the power of friendship to make, as if it doesn’t believe in its own message.

One of the things I love about both Muschietti’s It movies is that they have never ignored the 1990 miniseries adaptation. Also a bold move, considering the grumblings of online fans who were insistent this would be an adaptation and not a remake. The score has subtle moments of echoing the original’s music, and rightfully so. (Richard Bellis’s score for the miniseries won an Emmy in 1991.) There are a handful of moments in It (2017) that felt more true to the miniseries than it did to the novel. It Chapter Two contains several more of these nice nods. There’s also a fantastically placed cameo from Brandon Crane, the actor who played young Ben Hanscom in Stephen King’s IT (1990), and there’s even a line or two (“Kiss me, fat boy!”) that have been poached.

It’s funny. For all the love Muschietti’s It has received, there’s still certain things about the old television adaptation that I love more. Tim Curry’s performance is so iconic, it feels unfair to compare. But there are other things that can be compared. Jessica Chastain makes one helluva Beverly Marsh in Chapter Two, but her opening scene fighting to escape from an abusive husband feels rushed and less impactful than all those awkward office and bedroom scenes we got with Annette O’Toole, leading right up to her throwing a jar of cold cream at the dude’s head, screaming through clenched teeth, “Not ever! … Ever! … Ever! … Again!” O’Toole’s use of a product from her own makeup table as a weapon feels symbolic of the female empowerment on display in this scene, and it is oddly more effective and satisfying than Chastain’s lamp broken over her husband’s head. And while Muschietti has cast dead-ringers as adult versions of the child actors (it’s almost spooky how much James Ransone looks like Jack Dylan Grazer), director Tommy Lee Wallace chose to cast his 1990 version based on chemistry, selecting actors who had worked together many times before, lending a built-in feeling of camara-Derry.

Chastain is not the only standout performance in It Chapter Two, though she is rightfully given top billing. Bill Hader shows as much talent for drama as comedy in his turn as Richie Tozier. Bill Skarsgård has a super creepy moment with a little girl under the bleachers that proves how less is more, and why great acting and dialogue create the best suspense. There’s an inherent maturity and almost world weariness to young Jaeden Martell’s portrayal of Bill Denborough, and his adult counterpart James McAvoy embodies this just perfectly. Isaiah Mustafa is never for a moment not believable in a script with so many beat changes for his character you’re never really sure who he is. Jay Ryan is nearly a superhero version of the Ben Hanscom we remember from the first film, and Andy Bean gives a short-lived but touching portrayal of a man without the strength to face his past. All actors have their moments. Though none perhaps as entertaining or as thoroughly satisfying as that of the old shopkeeper, played by Stephen King himself.

Ultimately, It Chapter Two is a fun house full of mirrors that gives you reflections of yourself in its many characters — all while playing on your worst fears, your most cherished friendships, and your most nostalgic memories.

But what the movie really gets right is its message.

Andy Muschietti’s movie beautifully illustrates the childhood trauma that has followed seven adults all their lives. It examines the effects those scars have had, and displays the blood, guts, and tears it takes to face them.

One reviewer from The UK Times wrote: “The best horror movies have disturbing primal undercurrents. Psycho is about oedipal desire, Alien a fear of female sexuality… It, on the other hand, has a clown. A big, toothy clown who, courtesy of some admittedly pristine computer-generated effects, can transform.”

I would like to challenge this statement. It has always been, and always will be, a coming of age story. It just wears a spooky mask. Last year, I penned an essay for Stephen King’s publishers at Cemetery Dance Publications on the deeper meaning of It, and the profound impact the novel has had on my life, entitled “It & Other Childhood Demons.” I included in this essay a quote Stephen King gave during a lecture in the 1990s.

“I can stand here and say that It has a cohesive and thematic core. You cannot be an adult in this, or any society, until you are finished with your childhood.”

When Pennywise is reduced to nearly nothing in the final moments of It Chapter Two, the monster looks at the Losers, its heart in their hands, and says in a whisper as soft as Winnie the Pooh, “Look at you. You’re all grown up.”

It is hard not to shed a tear at this, especially for those of us who grew up reading the novel. For it is in this moment that you just want to give Andy Muschietti the biggest hug, and say thank you. Thank you for understanding what It is about.

There is a monologue in the movie’s final moments that reminds us to be brave, to be bold, to stand, and to be true to ourselves. As I was leaving the theater, I noticed a sense of goodwill permeating the crowd. So many smiles. People stopping to let others go in front of them. Strangers engaged in conversation about the film.

The movie, for all its razor-sharp teeth and jump scares, is moreover a powerful reminder that together, we can do anything — and leaves you wanting to be a kinder, gentler person in hopes of creating a kinder, gentler world.

All this from a horror movie. Who would’ve thought? 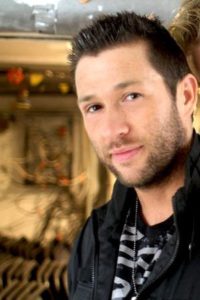 Jason Sechrest is a journalist and an author of horror fiction. His most recent story, “Orange Grove Court,” was published by Stephen King’s publishers at Cemetery Dance Publications. Sechrest began his career as a journalist at 15 years old as a full-time staff writer for magazines Femme Fatales and Cinefantastique. He currently pens an ongoing series of articles, “What I Learned from Stephen King,” exploring the hidden wisdom, life lessons, and spirituality in the works of Stephen King.

Subscribers to Jason Sechrest’s Patreon page can read more than 5 of his short horror stories for as low as $1, and get a new one every month. For more details and to subscribe, visit: https://patreon.com/jasonsechrest.
Like it? SHARE IT!