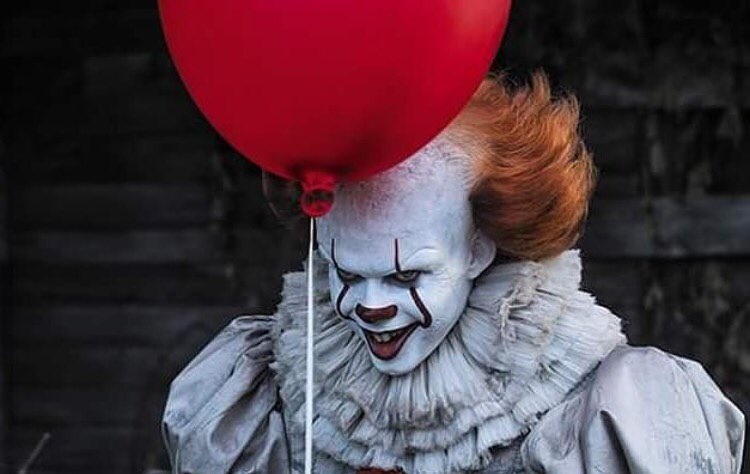 During a Q&A this week, Joe Hill boldly proclaimed Andrés Muschietti’s adaptation of IT to be one of the 5 scariest movies ever made!

That news may lead skeptics to the inevitable question: Well, what else is on your list, Joe?

I mean, after all if one’s list consists of Chopping Mall and Slumber Party Massacre (both of which, I do happen to love by the way), such a statement may not hold quite as much weight. Thankfully, Joe’s top 5 does not disappoint. This, along with the fact that he is a bestselling horror author — oh and hey, he also happens to be the son of Stephen King — might even qualify his opinion as expert, making this very promising news indeed!

I had the good fortune to see an early screening of it about four weeks ago, and I think Andres’ adaptation of IT is one of the 5 scariest movies ever made. It’s tremendously humane. You love the characters in it. But it is just relentlessly terrifying. Only Jaws, The Exorcist, John Carpenter’s The Thing, and Let The Right One In are scarier. It’s that good. It’s that brilliant.

That’s good news for Joe! He’s got Andres at the helm of his forthcoming Hulu television series adaptation of Locke and Key, based on his own graphic novel.

WATCH: A Sneak Peek at Scoring Session for ‘It’
Comment (1)
IT Joe Hill Stephen King